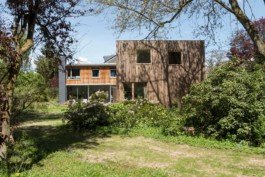 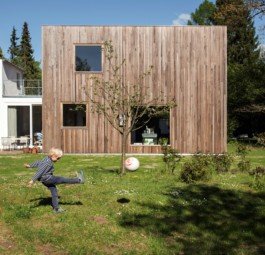 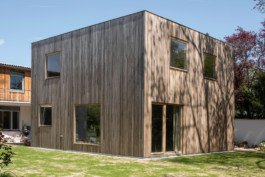 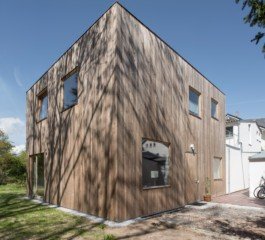 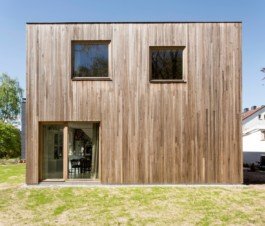 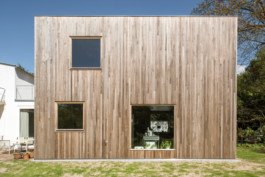 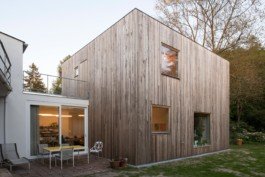 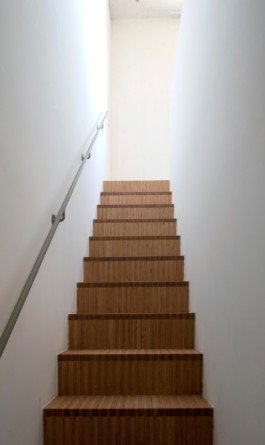 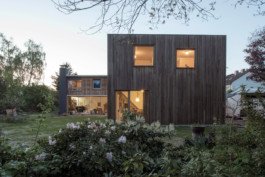 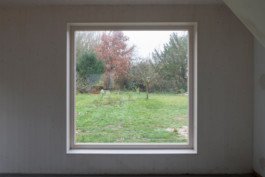 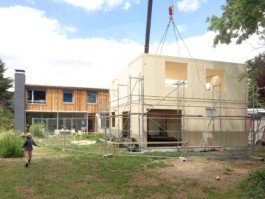 House near the Forest

EXTENSION OF A MONUMENT

A listed residential building from the 1950s will be extended by an annex. In the design concept, it was irnportant that both buildings should act as an ensemble, but at the same time retain their individuality and independence.

A closer look at the existing structure revealed a small area within the building footprint that could be used for the extension. A compact structure with a sophisticated floor plan was developed to create additional rooms for the family living there as well as a guest apartment. The apartment is self-contained.

The extension consists of a cross-laminated timber construction with a wooden facade that echoes the timber facade on the garden side of the existing building while presenting a more compact structure than the existing plastered masonry structure. The windows offer targeted views into the garden and the adjacent municipal forest.